A roots balladeer with a rare personal warmth, Canada's Scott Cook has managed to distil the stories collected over twelve years touring across Canada, the USA, Europe, Asia, Australia and elsewhere into straight-talking, keenly observant verse. Road-worn, painfully honest, and deeply human, his tunes weave threads of folk, roots, blues, soul and country over spacious fingerstyle guitar and clawhammer banjo arrangements. His fourth release, One More Time Around, was nominated for a Canadian Folk Music Award, and its opening track "Pass It Along" won the Folk and Acoustic category in the 2013 UK Songwriting Contest, with UK magazine Maverick Country naming him "one of Canada's most inspiring and imaginative storytellers. In 2017 he released his sixth album Further Down the Line, earning his second Canadian Folk Music Award nomination, for English Songwriter of the Year. The album is packaged in a 132-page softcover book offering a look back, in words and pictures, on his last decade of near-incessant rambling. Cook is one of the hardest-working DIY troubadours on the road today, averaging over 150 shows and a dozen festivals every year since 2007. All the hard miles notwithstanding, he still believes that songs can change your life, and your life can change the world.

Meghan Cary didn’t mean to be a musician. When her fiancé unexpectedly died, she picked up his guitar, figured out how to play it, and wrote her debut, earning her Billboard Magazine’s Critic’s Choice for Best Newcomer. “I wrote my grief into song, and sang my way out of the abyss. I keep making music to help others connect with their own stories and find their joy.”

Known for her unabashed willingness to connect with her audience, Cary brings listeners to their feet and at times to tears with high-energy tunes, masterful storytelling, and deeply personal lyrics that resonate universally. After pushing pause on performing to raise two children, Cary launched back onto the scene at Philly Folk Fest and was awarded an Emerging Artist Showcase at Falcon Ridge Folk Festival. Cary’s smoky voice, emotional singing, and vulnerable writing garner favorable comparisons to Melissa Etheridge, Shawn Colvin, and even Bruce Springsteen. 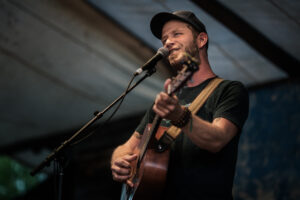 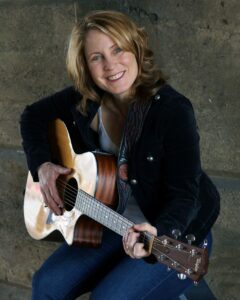 Matt Nakoa is an award-winning songwriter, singer, and multi-instrumentalist. A modern troubadour, he makes his home on the highways and concert stages of America, and appears regularly with folk music icon Tom Rush. The Boston Globe says of Nakoa, “Between his piano chops and heartfelt originals on guitar, he drops jaws.”

Nakoa trained to be a concert pianist before accepting a scholarship to attend Berklee College of Music as a vocalist. He developed his dramatic songwriting style with his college alt-rock band, The Fens, and after the band dissolved, he landed in NYC. It was in Manhattanʼs all-night piano bars that Nakoa developed an uncanny ability to command the attention of any audience. His first solo albums, released in 2012 and 2014, garnered multiple songwriting awards, including a win at Kerrville Folk Festivalʼs New Folk Competition.

Raised in the heart of New York City by two accomplished musical parents, singer-songwriter Sophie started studying piano at age three and first set foot in the studio at four. She caught the harmony bug and began working extensively as a child jingle singer, featured on many TV/radio spots from GE and Hess Trucks to Six Flags and the Kidz Bop CD series.

Completely at home in the studio, Sophie was initially shy about performing onstage. While continuing lessons in guitar and voice, she poured herself into another lifelong passion, earning a specialized degree in visual art from New York City’s LaGuardia High School. In 2008 Sophie was accepted into the Berklee College of Music in Boston and fully embraced her musical side. She wrote her first song in 2009 and began steadily writing and performing, often alongside her father, David Buskin.

A decade later, Sophie is based in Brooklyn and has more than outgrown her initial stage fright, appearing at venues such as Rockwood Music Hall, the Cutting Room, Passim, the Red Lion, and White Eagle Hall. She has performed with Judy Collins, Mason Jennings, Little Anthony, Livingston Taylor and Paul Schaffer and founded the songwriters’ circle at Pete’s Candy Store in Brooklyn. Her first solo CD, “Sweet Creature”, is a testament to her ongoing journey of artistic self-discovery. 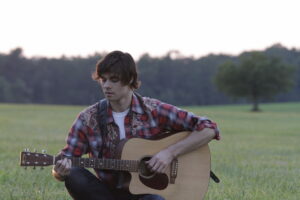 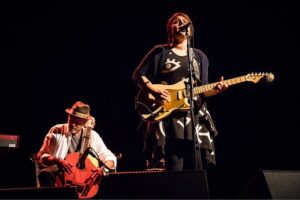